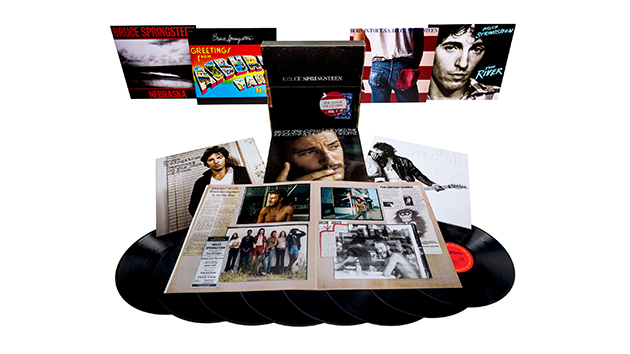 Re-mastered albums are the curse of music lovers and hi-fi owners alike, (the two aren’t always as alike as they should be). How many times have I waited impatiently and with far too much enthusiasm for the re-master of a much loved album, only to be truly disappointed when I finally get to hear it? Too many is the answer. Maybe someone can correct me, but I can’t remember analogue being treated like this. Good pressings, bad pressings yes, but digital you could have five CDs of the same album and guess what, nine times out of ten they’re not very good. The first copy turns out to be the best.

Re-masters have a way of sucking the life and vitality out and replacing it with ultimately pointless detail. As for bonus (unreleased) tracks, don’t get me started! The truth is that there is probably a good reason you didn’t get to hear them the first time round – they weren’t very good. So it’s tempting to view all re-mastered albums as a somewhat cynical attempt by record companies to squeeze even more revenue out of the same album and money out of fans’ pockets. The sad thing about this is that it works. Every music obsessive I know has a collection of double or even triple copies of the same the album, and the one they end up playing is the original. There are exceptions though and every now and then along comes something that turns out to be pretty good, and every blue moon, along comes a release that’s just stunning. Like Bruce Springsteen The Album Collection Volume 1.

This is the first seven Springsteen albums re-mastered, packaged in replicas of the original album sleeves and put in a nice solid box. They’ve been re-mastered from the original tapes and put through a device called Plangent.  The result is stunning, really stunning.  What’s becoming apparent is that 44kHz is a lot better than most of us thought it was and if you want proof of this, listen to these, they are some of the best sounding CDs I’ve ever heard.  I had all these albums on vinyl when they were first released and I played them to death. I guess I was the right age, stuck in a town I didn’t like and doing dead-end jobs.  So Greetings From Asbury Park was a saviour, as was every album that came after.  A thrilling, intoxicating glimpse of something that seemed so much better, so much more exciting, and they still are. Yes, I’m older and possibly wiser but It’s Hard to be a Saint in the City – I still want to be that, and Mary Queen of Arkansas – never been in love like that but I wanted to be.  So it goes: Blinded by the Light,  Growin’ Up – when you were and everything around you sucked, songs like these really mattered, they weren’t pretentious, there was wonderful plain speak to them. Anyone could understand them. And here they are again, more than forty years on and just as vital, alive and wonderful as they were; still full of longing and desire, optimism and disaster, innocence and knowing and played by one of the tightest bands you’re ever going to hear.

The thing about this collection is that it’s a record of a songwriter growing up. It’s a different life to anything in the UK, it’s an American life and they’re songs about growing up in America, but the resonances are the same and at the time, Racing in the Street looked an awful lot better than working in a warehouse.

It’s a troubled story too. There was a time when liking Springsteen made you almost suspect, especially if you were hanging out with the liberal left, it’s the big bogey song in this collection and for a time I think it wrecked Springsteen and it made a lot of otherwise intelligent and right-on people look very silly. Born In The USA. IT WAS A PROTEST SONG. All you had to do was to listen to it. What you didn’t have to do was take any notice of a chorus taken out of context, hi-jacked and used by the very same political party it was aimed at. Even now it seems extraordinary that I watched Bush walk onto election platforms to the chorus. Such deep cynicism and even worse, it associated Springsteen with the very thing he was protesting against.  What happened? Nebraska did. It’s the last album in the collection, sparse bleak and so missing the dreams and the optimism, the hope and the glory of previous albums.

Those first few albums though, they’re glorious. Get your partner up and dance to Spirit in the Night. Lose yourself in the romanticism of Born to Run. This is a fantastic collection of albums and this is the best I think they’ve ever sounded. If Springsteen begins and ends with Born in the USA then sit down and listen to this: it’s some if the greatest American music there is, and played by a band that are so tight and so good that if there’s a musical bone in your body you’ll fall in love with them.  Nigel Finn