What do you do first with a new album? Read the sleeve notes? Put it on and play it? Or put it on and play while reading the sleeve notes? I’ve just read an old interview with the magnificent P J Harvey.  She was talking about lyrics – they’re not poetry (some are I think) they’re part of a song and if you’re reading the lyrics then you’re not listening to the song properly. She has a point; recently I discovered that one of my favourite albums of all time has a set of sleeve notes!  I’ve owned it since it came out (1994) the thing being that I simply didn’t need to look for them. I’m glad I did though, first of all it confirmed that Jane Scarpantoni was playing cello and secondly Kristin Hersh was playing a Collings guitar.  I 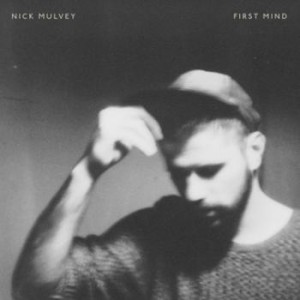 did look at the sleeve notes of Nick Mulvey’s debut album though, and if a hadn’t I wouldn’t have found out about the Swarmatron synthesizer, nor would I have seen Mulvey’s visual representations of the finger picking/strum guitar patterns of each song, which are a fascinating attempt to blend art and information.

Nick Mulvey comes from a jazz/world-music background and it so shows. Acoustic guitar player and singer he may be but the rhythms and structures of the songs set him apart from his peers. Interestingly there’s a hint of John Martyn in Nick’s playing; it’s in his approach to structures and rhythms, and if you’ve heard Junip, then a) you’re probably going to enjoy First Mind and b) you’re quite likely going to be reminded of them as well. In fairness the link to Junip is somewhat tenuous and has more to do with the desperation to classify and pigeon hole every new band we hear. First Mind is actually very original, upbeat and very accessible.

First Mind is very well recorded as well, although it has that tendency to want to be turned up, so much better than the increasing number of albums I find myself turning down. Play First Mind loud and the tone and dynamic of the guitar really comes alive, as do the rhythms and the strange and often wonderful sounds sitting back in the mix. Louder really brings the structures of the songs into view and makes sense of what the musicians are doing. Play this quietly or use it as background music and you’re really going to miss out, there are tracks on this even I could dance to!

What a great album, there is truly a lot to discover in First Mind. There are hooks, deliciously subverted rhythms, strange instruments and noises, good songs with words I want to get to know, and so far it’s growing with every listen (the mark of a very good album). If you get First Mind, do sit up and pay attention, give it your time and it will give you a lot in return. My mistake on first listen was not listening. I’m so pleased I got round to listening properly.

Got this album already or been out to buy it from this review – let us know what you think of it below.  Nigel Finn

Hifi Cables – What Are They For?