It was only a matter of time. No group of creative people (alright it’s a polite term for musicians) could work within the vibrational aura of Stonehenge without some of the ancient energy waves that emanate from the mystical stone circle affecting their most creative thought processes.

The Chord Mystic Signature is a new guitar cable designed to allow anyone, anywhere in the world to channel the same immense creative energy waves that previously only those that live or work within the energy matrix of Stonehenge have been able to benefit from.

The precisely placed (and very beautiful) crystal formation at each end of the cable collects and focuses primordial energy waves. By placing your hands carefully on the strings of your instrument you can channel this energy directly to a new chakra, recently discovered by our psychic research team.  The fundamental chakra is located approximately 10 cm below the coccyx and is the chakra responsible for many of the strange and mysterious utterances that musicians make.  Think about it for a minute, it’s no coincidence that Sting has a house in the Woodford valley (well within the energy matrix of Stonehenge) 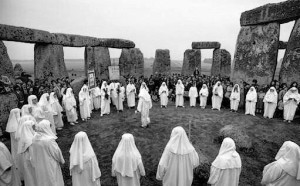 During the development of the cable used in the creation of the Chord Mystic, the psychic research team experimented at length with many different crystal formations before settling on a unique blend of copper and unobtainum. This alloy has only previously been used in the creation of crystal wands but its ability to carry not just electrical but also vibrational energy makes it ideal for accurately transmitting a fully realised holistic signal.

Each Mystic guitar cable can only be built after the production technician has undergone a psychic cleansing process –  and for the cable to work as intended, it must be built in a special area within the Chord HQ, where two ley lines intersect and create a special energy node. This area was discovered by painstaking divination, carried out by a team of consultant mystics based in Glastonbury. 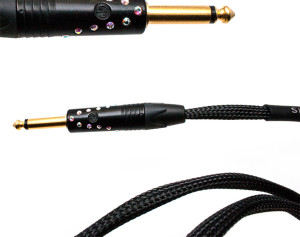 The Mystic Signature guitar cable must be built during a specific phase of the moon in order to ensure that the crystal lattice within the cable is correctly orientated. Because of this, we will only be able to produce two MSG cables each year and in order to ensure maximum energy wave length transfer the Mystic guitar cable is only available in precise lengths of 1.7563211900 metres.

Place your order for this new and exclusive cable now, the waiting list for this exciting and wind-breaking new guitar cable is only ten years long.

We are delighted to be able to offer Naim Audio ...