It’s really rather sad that so much new music is so badly compressed. It isn’t just that it makes so many albums sound overly loud and harsh, it doesn’t do the skill of the musicians any favours either.  Dynamics are an important part of music-making.  Little shifts in how hard an instrument is hit or plucked or bowed are an important part of playing and define patterns and riffs.  Micro dynamics play a big part when it comes to rhythms – putting the groove into music.  The really sad thing though, is the bigger and better your system, the worse overly compressed music sounds.  That really is tragic. 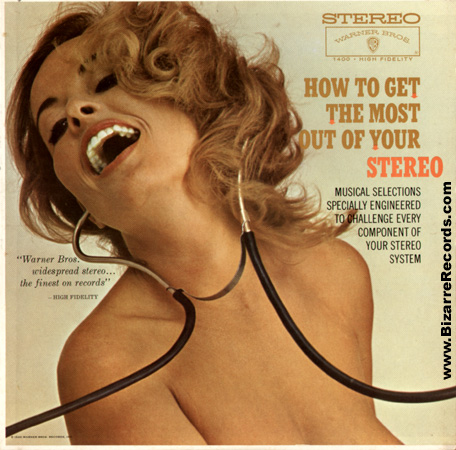 How To Get The Most Out Of Your Stereo

We always thought that a hi-fi system should play what you like to listen to.  However, every now and then, albums turn out to be not just great music but also great recordings as well – and of late we’ve been playing some of the late-seventies Tom Waits albums.  What surprised us, is just how many people haven’t heard them.  The thing about Tom Waits, is that a lot of people find his later work somewhat challenging and indeed, if a system isn’t quite right timing wise they can sound like a mess.  The earlier albums though are different and recording-wise, very special indeed.

“Foreign Affairs” dates from 1977 and it’s a straight to tape recording, the songs are very Raymond Chandler and there’s a distinct jazz flavour to the music.  The recording is stunning.  Fabulous playing and fabulous sounding.  Some of the brass section is quite extraordinary –  I swear you can hear the moisture in the breath of the trumpet player.  It’s an out and out fabulous sounding album that will let you appreciate your hi-fi and hear how good a really tight band can sound, playing live and straight to two track tape.

“Blue Valentine”dates from 1978 and it’s another straight to tape recording, this time though, there’s more than a hint of hard edged rhythm and blues creeping in.  Another amazing band but with the exception of the opening track “Somewhere” (yes from Westside Story), all orchestra and again frankly wonderful trumpet playing. The rest of Blue Valentine is stripped, hard edged and very bluesy.  This is such a tight and economic band, there isn’t a surplus note or drum beat on track 5 – „$29.00” is eight minutes of slow burning blues and we (as in me and David May) reckon the guitar solo on Track 10 “Blue Valentines” might just be one of the best in the world.

“Heart Attack And Vine”  is a mixture of hard-edged blues and ballads.  The track notes don’t give much away about the recording but it sounds as live and straight to tape as the others.  This time though the blues influence is really strong.  There’s a phenomenal live instrumental called “In Shades” where you sense the vibe and tension as the guitarist and Hammond organ player trade licks with each other, this is the sound of musicians really getting off on playing with each other.   The other tracks though are just as tight and the groove that the band hit is just so solid.  Check out “Till the Money Runs Out” (With a pint of green Chartreuse ain’t nothing seems right) or “Mr Siegal”.

The thing is  – not only are these great sounding albums full of great playing and great songs, they also act like weather vanes.  Change anything in your system and these albums will show you exactly what the change has done.  The groove will shift, or another element of guitar will appear, the Hammond will get as tonally complex and frankly sexy as only a Hammond can.  Oh yes and you might just develop a taste for Green Chartreuse.