Sarum Super ARAY – and how we did it

It was last summer – and like a lot of ideas it came quite suddenly.  We’d been working on the new Signature ARAY power cable. This was a brand new design and heavily influenced by the Sarum Tuned ARAY power cable.  Part of the reason for this was that we had a very good CD player in the demo room at the time and like some other hi-fi components it had a two pin IEC connector.  That, combined with some clear thought, made us realise that maybe we could configure the ARAY conductor to be more effective. In short, we could (and did) and subsequent listening tests showed we had a clearly better cable. 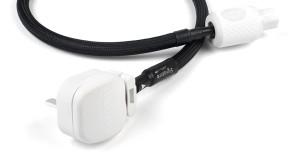 That meant that we had to revisit the Sarum Tuned ARAY power cable, looking at exactly how we employed the Tuned ARAY conductors and a lot of experimentation, but at the end of that process, the Super ARAY was born.

I don’t doubt that mains cables are anything other than a crucial part of any hi-fi system, but never in my many years in the industry have I heard such a profound improvement from a power cable. It has to be said that our demo room system is hardly poorly wired. At the time it was sitting with a full Sarum Tuned ARAY loom in place and frankly it was pretty fabulous.  Good enough to make concentrating on the more mundane aspects of my job slightly difficult – the temptation being to slip off into the demo room and check a few tracks out. 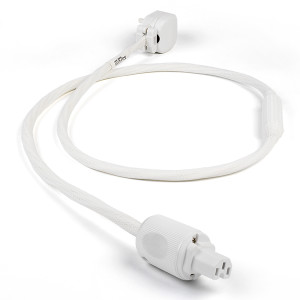 Connecting the new version of the Sarum power cable to the source component, a layer of noise I never knew was there just disappeared.  Quite extraordinary.  So we put another one into the DAC and the same thing happened again. We put another one into the pre-amp and the same thing happened again. Finally, we made one for the power amp – and yes, pretty much the same effect. There’s a thing with power cables – generally the first one you put in seems the most impressive. With the new Sarum (not yet named Super ARAY) power cable though, every one we used resulted in the same sort of step forward. That lack of noise really has to be experienced.

There’s that classic musician’s quote – “It’s not the notes you play, it’s the space you leave between them that matters”. I had never heard that space so clearly, which I guess is saying I’ve never heard nothing sound so much like nothing. I’m trying hard to avoid the term “inky blackness”, but the sense of silence was quite profound. More important though, was just how much that silence added to the music we were listening to. The space between notes really is important if a piece of music is going to work as it’s intended to – and it wasn’t just the space, it was the way that lack of noise let you hear so much further into the way musicians were playing. There was a particular Kate Bush track from the album „Aerial” where the piano notes are allowed to die, allowed to decay completely before another note is struck. It’s a sound I know. Back when I began work at The Chord Company, I visited all the musicians I knew so I could hear them play and I remember one night sitting next to a beautiful piano while its owner struck notes and let them fade into silence. There are some really beautiful timbres and harmonics as a piano note dies away completely and here they were on our demo system.

Just in case you are thinking 192 high resolution, that’s not what we were playing – we were listening to CDs at the time. It’s a strange thing. I spent years waiting for higher sample rate recordings to come along and just as they did, we discover how profoundly musical CD quality music can sound. What a revelation!

So the first Super ARAY cable we made was the Sarum power cable and as the cable design was finalised, our MD, Alan Gibb, started a conversation with a possible new mains plug supplier.  We took one of their existing designs, modified various elements and ended up with the best UK mains plug we’d heard.  This, along with a modified IEC plug from the same company is what you’ll find at each end of a Sarum Super ARAY power cable.

The development Sarum Super ARAY power cable showed that we needed to think very hard about the construction of our Tuned ARAY interconnects. That was an interesting place to start as we understood with Sarum Tuned ARAY we’d certainly produced our most musically transparent cable (and maybe one of the most musically transparent interconnects we’d heard). One of our customers described it most beautifully as „the cable that does everything and nothing at the same time„.

From our point of view, it lets you hear just how good your components are and, in turn, how good the music you listen to really is. For us, this had been a revelation. Music I’d been listening to for most of my life took such a big step forward.  Things I thought I knew intimately revealed details and subtleties that I simply hadn’t come across before. Even more though, it was the way these details and subtleties added to the sense of involvement and immersion in pretty much everything I listened to. It was akin to hearing the music rather than the hi-fi and even with badly recorded and overly compressed discs, somehow what came through was the music rather than the bad recording.  It would be wrong to say that you were unaware that the disc was compressed or badly done, but it was a lot easier to just enjoy the music.

How to transfer what we’d done with the power cable to the interconnects turned out to be more challenging than at first we thought but when we finally got it right: WOW!  Everything we’ve said and our customers have said about Sarum Tuned ARAY, that level of coherence and that sense of music that it brings to decent systems – that’s still there – but like the power cables there is a genuinely surprising amount of extra musical information on every disc we’ve listened to. What has really surprised us, and for that matter everyone who has heard the Sarum Super ARAY cables, is just how much more musical information there is – and we haven’t touched on high resolution music yet!

What musical information means ultimately is detail but it’s the way that detail is presented. It’s the coherence, the sense of a natural musical flow that makes it so special. All the detail in the world doesn’t count for much if it’s not presented coherently and it’s the coherence that makes it so right and so musically compelling. There was something else that happened around the same time. We had some sample RCA plug surrounds machined from PTFE (existing Sarum cables use a rather beautiful acrylic plug surround, which in truth we have always been happy with). The PTFE RCA plug surround though made pretty much global improvements to every aspect of performance and important enough improvements to mean that in future, we’ll be using the PTFE plug surround in place of the acrylic.

It was the same experience with the digital cables.  The new Super ARAY configuration brings another whole layer of detail and music.  Perhaps one of the most profound experiences during this development process was working on the Sarum streaming cable. It was the understanding and experience that we’d gained that allowed us to re-design and re-work the Sarum streaming cable. The result is remarkable. Apart from the Super ARAY conductor configuration we’ve also fitted a new Ethernet plug. A higher specification version of the one we had been using. Like the other Super ARAY cables, it’s the way that you end up with a sound that ticks every box. Undeniably, the musical experience is just a lot better and, from a high fidelity point of view, the extra detail, sense of dynamics and overall resolution are equally impressive. This means that we have a new range of Sarum cables: Sarum Super ARAY. Even better, anyone with an existing Sarum interconnect can return their cables via their retailer or distributor and have them upgraded to Super ARAY specification.

If you can’t see the termination you need, then please contact us and we’ll see if we can help.

We expect to launch a Super ARAY USB cable as soon as the design is finalised.

Euro mains to IEC (Sarum Super ARAY Euro power cable will continue to use the current Furutech mains plug. The IEC will be our new silver-plated IEC plug)

Euro mains to 16 amp IEC (Sarum Super ARAY power cable will continue to use the current Furutech mains plug. The 16 amp IEC will be the Furutech version that we currently use)

Right now we can supply and upgrade all Sarum interconnects and power cables with the exception of any cable requiring RCA terminations. Sarum Super ARAY RCA cables will be available from the start of April 2015.