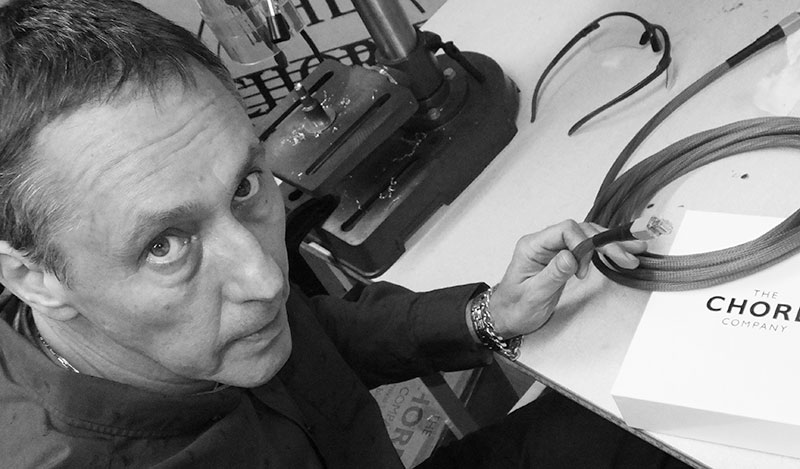 No-one would deny that a cable designer’s job isn’t very enjoyable, often frustrating and on occasion rather strange. The past year has seen the advent of the new Sarum Super ARAY and on the horizon is ChordMusic – we are utterly delighted with both.  The thing is, both are almost blue sky projects, inasmuch as we designed and built them with no particular price point in mind. 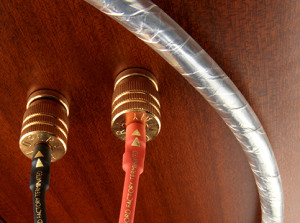 The new Clearway speaker cable however, is different. We set out with a very deliberate aim to make the best possible speaker cable we could, with a retail price of no more than £10 per metre. We looked at the things we knew worked – so the most obvious first requirement was shielding. Many of our speaker cables use a high frequency effective shielding and its benefits are both accepted and very easy to hear. Clearway replaces our Chord Carnival SilverScreen. This was a speaker cable that used copper conductors, in combination with polyethylene insulation and a dual layer high density foil shield. Like our other speaker cables, the conductors were twisted together and then surrounded with a PVC outer jacket that correctly spaces the shield in relation to the conductors. This is really the recipe for pretty much all our speaker cables.

Carnival SilverScreen managed to pick up rave reviews in every magazine that tested it and it won the What Hi-Fi? Sound & Vision Award for Best Speaker Cable for four years in a row. In those four years though, quite a lot happened and the result of what we’ve learnt is on display in the new Clearway speaker cable. First of all, the multi-stranded conductors are larger. Where Carnival SilverScreen used 15 AWG conductors, the new Clearway uses 14 AWG conductors. The conductors are built of multi stranded oxygen-free copper. That’s the first of the changes. Bigger conductors do seem to really help with control and definition, particularly across the bass frequencies. This is a good cable to use with either floor standing or bookshelf loudspeakers: it will help to control and define. 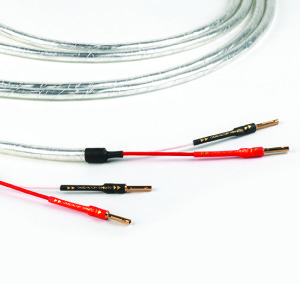 The next big change is to the insulation material. In place of polyethylene we have used FEP, which is a variation of PTFE and has very similar performance characteristics. The combination of copper and FEP was what we used to produce our Sarsen speaker cable. Because Sarsen was designed to be the thinnest high performance speaker cable we could produce, we used FEP to get the best possible performance from the diminutive 18 AWG conductors. The reasons for this are that, in our experience, the relationship between conductor and insulating material is extremely important. For a long time we have used PTFE with silver- plated conductors. What we found was that the combination of copper and FEP really helped with dynamics and detail, particularly at the frequency extremes. So the conductors within Clearway are insulated with FEP and are twisted together to reduce potential interference. At this point, a specially chosen soft PVC is used to surround and protect the two FEP insulated conductors and provide the correct spacing for the two heavy gauge foil shields.

The outer jacket is another layer of PVC – this time clear – to provide protection for the shielding and a further degree of mechanical damping. The reason for the clear jacket is because of a lesson we learnt from a pair of speakers. This pair of speakers had chrome outriggers to stabilise the speaker and although in isolation the chrome outriggers looked really bright, when the speaker was in the room they reflected the floor and effectively disappeared. Clearway speaker cable looks bright in isolation but once installed is surprisingly discreet.

All this is great but what really sets Clearway speaker cable apart is its performance. Whilst we will never release a product we’re not entirely happy with, there are always products that are particularly pleasing. Clearway speaker cable is one of them. Its performance, its neutrality, its ability to carry dynamics and its tonal characteristics create a performance that you simply wouldn’t expect at this price. It is surprisingly transparent; so much so that like more expensive cables you will hear the burn in process quite clearly. We put the first prototype set in the dem room and a week later I was demonstrating the performance of our mains cable range to a visitor. It wasn’t until we’d listened to Sarum Super ARAY that I realised we’d had the Clearway speaker cable in the system right through the demonstrations and it clearly showed the benefits that each new mains cable brought. All in all, it’s a remarkably transparent cable and one that the entire company is exceedingly pleased with.